We commit to the goal of doing high quality research to demonstrate how neuroimaging techniques, such as SPECT and QEEG, can enhance diagnosis and guide treatment to change the way psychiatry is practiced. This will:

Our aim is to create a society where brain health is addressed as routinely as any other organ in the body.

Educate that brain health is central to all health and success

We will strive to educate the American population about brain health through educational courses and public television programs. If the general public develops a deeper understanding of brain health it will help prevent mental health challenges, and even Alzheimer’s disease, and improve their epigenetic stories. We want everyone to embrace brain healthy habits to improve the overall health of America.

Provide services to those in need using the Amen Clinics Method

We commit to the goal of funding 50 psychiatric evaluations, including neuroimaging and supplements for people who need help but are unable to afford it. By extending these services, we not only help those directly receiving the services but we also indirectly help those they touch.

TOGETHER WE CAN CHANGE THE WORLD,

ONE BRAIN AT A TIME.

Text on the button 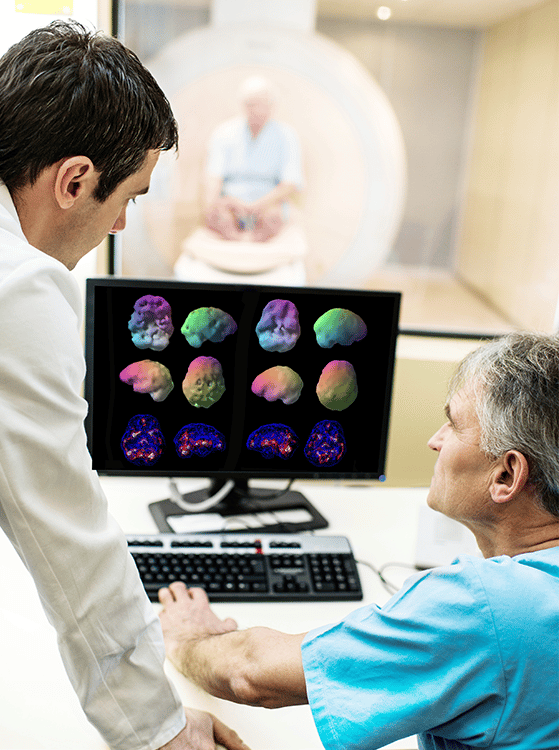 Since our inception in 2008, we have raised more than $1,000,000 for clinical research focused on transforming clinical psychiatric practice, developed and published tools to help educate individuals on brain health and have been able to help those that would not have otherwise been able to receive treatment.

We have performed the world’s first and largest functional brain imaging and rehabilitation study on over 225 professional football players from 27 teams and all positions. We have published four scientific papers on this work, which demonstrated high levels of brain damage in players, but also showed the possibility of significant recovery for many with the principles that underlie the work at Amen Clinics.

We have assembled the world’s largest functional brain imaging (SPECT) database to 150,000 SPECT scans on a wide range of psychiatric and neuropsychiatric patients, from ages 9 months to 101 years old, from 120 countries. Using this database, Foundation scientists have published over 70 scientific papers on topics, such as suicide, predicting treatment response in ADHD and depression, improving treatment outcomes, how SPECT changes clinical practice, violence, the impact of obesity on the brain, and natural ways to optimize the brain.

In January 2016, the team’s research on distinguishing PTSD from TBI was featured as one of the top 100 stories in science by Discover Magazine. In 2017, the team published one of the world’s largest imaging study on over 46,000 scans showing the difference between male and female brains. In 2018, the team published the world’s largest brain imaging study on over 62,000 scans on how the brain ages.

The Foundation is dedicated to pursuing research into progressive brain rehabilitation treatments that can have a tremendous impact on those who have
experienced brain trauma, whether through sport, military service, accidents or who have been exposed to brain toxicity through substance abuse, exposure
to toxic mold and chemotherapeutic agents.

Fund research that demonstrates improved mental health outcomes by using functional brain imaging tools to inform, diagnosis and guide treatment. How do you know unless you look?

Educate children, teens and adults that brain health is central to all health and success. We have not been educated on what brain health really means and how we should take care of our brain.

SUPPORT THOSE IN NEED

Support those in need by donating services for help. We must stop the stigma around mental health and leverage new research to improve the way psychiatry is practiced.

GET THE HELP YOU NEED

If you or a loved one is in need of help please reach out and speak with someone.  It is the first and most important step toward the process of recovery.
Always remember you are not alone, there is help for you or someone that you love and the power of support helps to break the cycle.

The Lifeline provides 24/7, free and confidential support for people in distress, prevention and crisis resources for you or your loved ones, and best practices for professionals.

Stay connected and up to date on brain health news and trends by signing up for our email updates.
© 2020 Change Your Brain Change Your Life Foundation. All Rights Reserved.